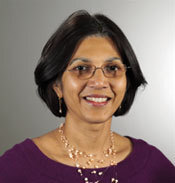 A new study published in the journal Radiology found that whole-body, diffusion-weighted MRI scans showed the spread of cancer throughout the bone marrow of patients with myeloma more accurately than standard tests. Conventional tests include bone marrow biopsies, which can be painful for patients, and blood tests. However, both often fail to show physicians how far the disease has spread.

Researchers at the Institute of Cancer Research in London and the Royal Marsden NHS Foundation Trust examined the scans of 26 patients who had whole-body, diffusion-weighted MRI scans before and after treatment.

"We can look on the screen and see straight away where the cancer is, and measure how severe it is," said Dr. Nandita deSouza, professor of translational imaging at the Institute of Cancer Research, in a statement. "The scan is better than blood tests, which don't tell us in which bones the cancer is located. It also reduces the need for uncomfortable biopsies, which don't reveal the extent or severity of the disease."

Since the study is small, researchers acknowledge that further testing should be done on more patients.

According to the latest statistics available from the International Myeloma Foundation, the disease affects nearly 750,000 people worldwide. In industrialized countries it's being diagnosed in growing numbers and in increasingly younger people.