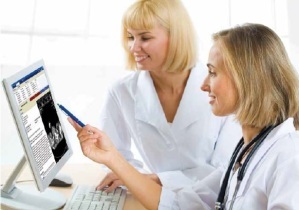 As health IT continues to rapidly evolve, certain industry terms are threatening to part company with their intended meaning: For instance, what does the term PACS really mean nowadays? It depends on who you ask.

Radiology’s PACS, once the keeper of image archives, has expanded to include PACS in cardiology, or even pathology. There’s also a growing need to store digital medical images that aren’t DICOM-compliant.

In a podcast recorded on-site in Chicago at the RSNA annual meeting this past year, Ben Brown, vice president of research at KLAS Enterprises, said providers are looking for more efficiency from a storage standpoint, but also looking to improve patient care. “For years and years images have been stored in different silos — oncology, cardiology, radiology — but now providers are looking for an enterprise archive to store all images in one place,” he said.

And the trend is rapidly catching on. A recent survey by CapSite found that one-third of the U.S. hospital market has adopted a vendor neutral archive solution, and that an additional 19 percent plan to introduce one in the next two years.

Furthermore, market researcher InMedica has predicted that nearly one-third of all imaging studies will reside in a VNA by 2016.

“The trend towards interoperability and vendor neutral solutions is a win-win,” says Frank Baker, general manager at CoActiv Medical. “Customers can implement bestof- breed modules to augment workflow and vendors with those offerings have more business opportunities,” he says.

If digital image archiving isn’t yet part of the national conversation around health care and its necessary costs, it soon will be. Medical images are projected to require 30 percent of the world’s storage and could soon represent 10 percent of all of U.S. health care costs — adding up to approximately 1.5 percent of U.S. GDP.

Yet, the definition of what constitutes a VNA is a bit ethereal, making it all the harder to determine exactly what roles PACS will cede. “If a VNA is dropped in the middle of a health care system, it should be able to interact with all the other aspects of the system,” says Yassin Sallam, national sales manager, BRIT Systems. “As long as it has the hooks to address the needs, it can be considered VNA.”

But if PACS is moving away from imaging archiving, ceding that functionality to superior VNAs, then where does the future of PACS lie?

The market is clearly long in the tooth — a recent report from Frost & Sullivan on the North American market for radiology image and information management systems finds $1.1 billion in sales for 2011, a figure that’s set to increase to only $1.4 billion by 2018.
1(current)
2
3
4
5
6