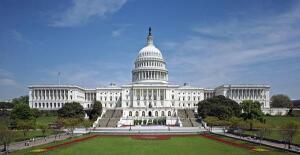 With less than a dozen legislative days left before the U.S. helium reserve shuts down, the list of industry groups calling on Congress to take action has been growing.

On Wednesday, the Semiconductor Industry Association (SIA) and other technology companies joined the Medical Imaging and Technology Alliance to deliver a letter to Congress calling for urgent approval of legislation that will safeguard the U.S. helium reserve, which supplies 30 percent of the world's helium. The letter to House and Senate leadership includes more than 120 signatures from a broad range of U.S. industry and research groups, including many universities.

Helium is critical for manufacturing and running MRI scanners. It's currently the only element on earth that can keep an MRI magnet at its necessary operating temperature, which is an extremely cold 440 degrees below zero Fahrenheit. But it's also used to cool chips in electronics and prevent impurities in optical fiber.

"Legislation to secure the supply of helium is an all-too-rare slam dunk for Congress, and policymakers should act swiftly to approve it," said Brian Toohey, president and CEO of SIA, in a statement.

Earlier this year, the House overwhelmingly passed a bipartisan bill to prevent closure of the Federal Helium Reserve, which is located in Amarillo, Texas. Bipartisan legislation has also been introduced in the Senate.

Under existing law, the reserve will no longer be authorized to sell helium to private entities after October 7.

Originally created in 1926 to make sure the U.S. had a steady stream of helium for defense purposes, the reserve instead accrued a $1.3 billion debt by the 1990s, giving way to the 1996 law that required it to pay off the debt by selling it off in 2015.

But the government is able to pay off the debt earlier than expected — without having sold off all the helium. The House bill prevents the premature closure of the reserve and is also intended to ensure taxpayers get a fair price for helium sold by the Bureau of Land Management, since the market price of helium has risen higher than the federal government pricing formula in recent years.