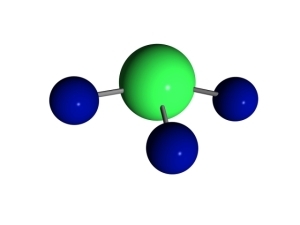 The University of Ottawa Heart Institute in Canada was one of a handful of facilities that started using thallium-201 after the 2009 shutdown of the Canadian Chalk River nuclear reactor in Ontario led to a shortage of technetium-99m. Technetium is the primary radiotracer used in SPECT heart scans, but the supply chain for the radioisotope is fragile and complex leaving many facilities — like the Ottawa Heart Institute — with limited options. Unfortunately, thallium didn't live up to technetium when researchers at the facility recently analyzed data from patients after the switch from technetium to thallium: Thallium increased downstream testing, costs, and radiation exposure when compared to technetium.

With roughly 50,000 technetium SPECT exams performed in the U.S. each day, it's a sure bet that a solution is in the works to deal with the supply chain issues around technetium. According to experts, that solution is likely to come with new radiopharmaceuticals that will shift myocardial perfusion imaging away from SPECT and toward PET.

One promising candidate is N-13 ammonia, which has been around for decades but could soon be available on a larger scale for PET heart scans.

Ammonia has one big caveat: Unless a facility is a stone's throw away from a cyclotron, the isotope cannot be used for PET imaging studies due to its short half life of only 10 minutes. That's why up until this point, ammonia has mainly been confined to academia where researchers have access to large cyclotrons. Ionetix, a company based in San Francisco, introduced an N-13 ammonia PET production system at the Society of Nuclear Medicine and Molecular Imaging conference in early June that includes a mini cyclotron for ammonia production. This means facilities can produce the isotope right on site for use with PET scanning.

"It's a super conducting cyclotron and able to maintain the production capabilities, but in a footprint that is literally a fraction of what a traditional cyclotron is," David Eve, vice president of sales and business development for Ionetix, told DOTmed News.

Eve hopes this could turn out to be a big growth area for cardiac PET since providers will be able to easily adopt the technology.

In addition, the need for improved detection of cardiovascular disease cannot be ignored. According to the American Heart Association, heart disease is the leading cause of death for both men and women in the U.S., causing roughly 730,000 deaths each year.
1(current)
2
3