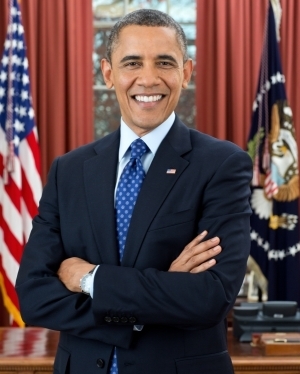 The $3.8 trillion spending blueprint cuts $400 billion from Medicare and other health care programs over a decade. This comes after a 2 percent automatic budget cut to the federal program under sequestration, which went into effect earlier this month.

“The president’s budget is a statement that the administration wants to be at the table to negotiate deficit reduction," said Dan Mendelson, CEO of Avalere, a health care consulting firm. "Many of these cost offsets will be strongly resisted by affected healthcare stakeholders, but the administration has undoubtedly upped the ante.”

Those who indicated resistance include the trade group Advanced Medical Technology Association (AdvaMed): "We are deeply concerned that some of the policy proposals in the budget such as reductions in payments for clinical lab services and for durable medical equipment in Medicaid and, if adopted, unprecedented prior authorization for advanced imaging, will chill continued medical innovation affecting current and future Medicare beneficiaries as well as significantly harm access to life-saving, life-enhancing medical technology," said Stephen Ubl, president and CEO of AdvaMed, in a statement.

He said AdvaMed is carefully examining the administration's budget proposal to determine further how it will impact the medical device industry.

Specifically, some of the proposal include prior authorization requirements for advanced imaging in Medicare, reducing Medicare’s reimbursement rate for drugs administered in a physician office, incentivizing physician participation in Medicare accountable payment models, and strengthening the Independent Payment Advisory Board (IPAB), which is tasked with finding ways to hold down the cost of Medicare.

The American Hospital Association also expressed concern over the proposed policies in the budget, citing more cuts to hospitals on top of reductions to Medicare and Medicaid payments that amount to billions of dollars.

"The solution to what ails our nation's fiscal health is not further cuts to providers that care for millions of America's seniors, but creative solutions to modernize the Medicare program," said AHA president Richard Umbdenstock.