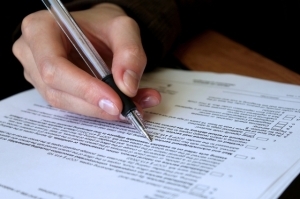 An online petition calling to repeal the medical device tax has collected more than 9,000 signatures from medical device employees around the country.

Created by medical equipment marketing professional Joe Hage, founder of a medical device professional LinkedIn group, the petition on no2point3.com was launched in April of 2012 and has since garnered 9,391 signatures. The medical device tax, which collects a 2.3 percent excise tax on medical devices, went into effect in January. Device manufacturers say the tax will force them to cut thousands of jobs and slow product innovation.

The petition's top signer is CareFusion, with 1,780 signatures. NuVasive, a company that employs around 11,000 people, has brought in an impressive 1,018 signatures. While those signers are large companies, the petition website says that 80 percent of the companies hit by the tax are small businesses with less than 50 employees. The website also says that the tax will lead to the loss of 43,000 jobs.

No2point3.com says 229 members of congress support repealing the tax. A bill to repeal the tax was brought to both chambers of Congress, but opponents have struggled to garner support from Democrats, though it has received backing from Democratic senators in states like Minnesota and Colorado that are home to medical device companies.

Hage hopes his LinkedIn network of more than 100,000 medical device professionals will bring in 25,000 signatures total to the petition. That's the number that gets you noticed at the White house, he told MedCity News in April.