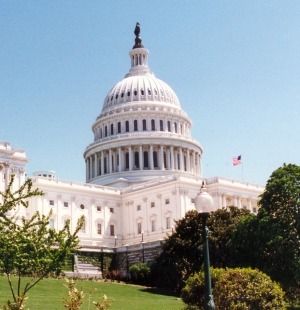 The American Medical Association features a countdown timer prominently on its website, ticking off the seconds until the new year. But the society, which represents a quarter of the nation's doctors, is not simply being festive. It's warning about the hefty Medicare cuts to physicians that are coming in 2013.

Stalled fiscal cliff talks and lack of action on the sustainable growth rate reductions mean doctors could be facing a 29 percent reduction in Medicare reimbursements, starting early next week.

Two blades are delivering the cuts. One is the SGR formula, which enacts a 27 percent cut in Medicare reimbursements to physicians, and goes into effect in January. The other is the so-called sequestration, a result of the Budget Control Act of 2011 that carries a 2 percent cut to providers and hospitals from 2013 to 2021, amounting to nearly $11 billion next year.

The deeply unpopular SGR was developed in the 1990s as a way to keep spending on Medicare in line with GDP growth. Medical societies have long lobbied for its repeal. They've never gotten it, but they usually get a reprieve before the cuts take effect. In a letter to Congress urging the SGR repeal, the AMA noted that the cuts have been delayed or frozen by congressional action 15 times since 2003, in what it called a "game of political chicken."

"Every time, Congress assures patients and physicians throughout the year that it will not allow scheduled cuts to take effect, yet we find ourselves in the same situation year after year," AMA said in the letter, dated Dec. 19.

The sequestration goes into effect if Congress is unable to deliver a balanced budget before the end of the year, sending the country tumbling over the "fiscal cliff," a mix of spending cuts and tax hikes totaling some $600 billion. So far, Congress and the White House have not been able to agree to a deal.

How will health care deal with the fiscal cliff? In part, possibly through layoffs or hiring freezes. A TrippUmbach report from the fall estimates the sequestration cuts could lead to the loss of almost half a million jobs in health care and related fields next year, and nearly 766,000 jobs by 2021.