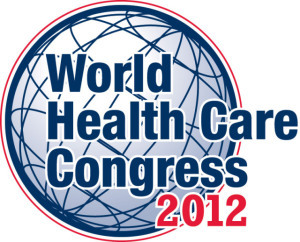 Only 30 years ago, it was considered "odd" to think of health care as an industry. But times, they are a-changin' and now nobody thinks twice about referring to health care that way, Richard Feinstein, director of the Federal Trade Commission's Bureau of Competition, said at the WHCC.

"Since the '80s, the FTC has been an advocate for competition and health care forces," said Feinstein. "We want market forces to flourish for the benefit of consumers."

There has been sufficient competition in the marketplace, which has been rife with consolidation over the past couple of decades, Feinstein noted. But hospital mergers can be dangerous for the industry, and the last fiscal year saw nearly 50 percent of FTC enforcement actions in the health care sector.

"In certain markets it is clear that effects of consolidation have been to confer a degree of market power on merged facilities," he explained. "Entities with market power exercise it; we rely in our economy on market forces to defeat those exercises of market power."

The worry is that consolidation may lead to anti-competitive price increases, although hospital mergers may also lead to efficiencies and quality improvements. The FTC has investigated and challenged a number of mergers, with a considerable degree of success, according to Feinstein.

In Aug. 2010, the FTC and DOJ updated the Horizontal Merger Guidelines, outlining the principal analytical techniques, practices, and the agencies' enforcement policies with respect to mergers and acquisitions involving actual or potential competitors. When analyzing a case, the FTC focuses on evidence including: the parties themselves, bidding data, and information from market participants.

"In cases we have challenged, there has been evidence from all three of those sources pointing to a concern that one of the purposes of consolidation is to increase leverage and prices," Feinstein said.

The FTC and DOJ's Antitrust Division have a role to play working with other agencies on competitive issues. Both agencies are looking to see whether transactions are taking place to lesson competition or create a monopoly.

"For mergers above a certain size, we must be notified in advance before they can be consummated," said Feinstein. "We engage early and try to be transparent about what our concerns are."