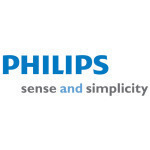 Royal Philips Electronics' profits plummeted in the fourth quarter in part due to weak European sales and delayed orders of medical imaging systems, the Dutch electronics giant said Monday in an earnings report.

"We are cautious about 2012 given the uncertainty in the global economy, and Europe in particular," Philips CEO Frans van Houten said in a statement, adding that he expects the company's operating margins to improve before the end of the year and to hit mid-year 2013 fiscal targets.

Philips' stock fell about 2.4 percent to reach 15.2 euros a share in trading in Amsterdam Monday.

For health care, sales rose slightly while margins shrank, partly because European economic woes triggered postponements in orders for imaging systems and partly as a result of the company's investments in new technologies and new markets, Philips said. In health care, revenues inched up 3 percent from 2.6 billion euros ($3.4 billion) in fourth quarter 2010, to 2.7 billion euros ($3.6 billion) in fiscal 2011, as operating income fell from 19.8 percent in the same quarter last year to 15 percent in this past quarter.