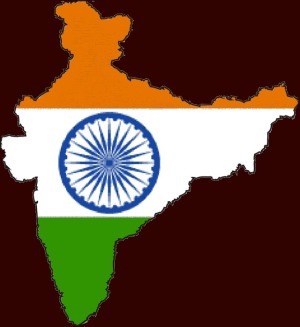 From the July 2011 issue of HealthCare Business News magazine

At the end of last month, a 500-bed specialty hospital welcomed a state-of-the-art robot to help perform prostate cancer surgeries. The Da Vinci robot, made by Intuitive Surgical, is expensive, with total costs around $2.2 million, according to the hospital. But the health care center has been promoting the new technology, hoping to attract patients.

One selling point might be that the system is, the hospital says, one of the first of its kind in the area – that is, it’s one of the first surgical robots in all of southern India. The hospital, Krishna Institute of Medical Sciences, can be found in a bustling city just north of Hyderabad.

The arrival of the robot shows how times are changing in India: with a rising middle class, a booming device market and its new role as a medical tourism hub, India is attracting many international medical equipment companies – eager to come to the world’s second most populous country to sell their wares.

Although analysts say the market should experience torrid growth over the next decade, they warn that companies heading to India had better do their homework first. Challenges to sellers, such as low price points and longer replacement cycles, could prove tricky to businesses trying to turn a profit.

Doubling by 2015
Estimates vary, but the Indian medical device market is believed to be worth about $3 billion, making it the fourth largest in Asia, behind only Japan, China and South Korea. And it’s expected to double in the next few years, reaching $6 billion by 2015, according to a report written by a United States International Trade Commission officer last year.

While much of the demand for health care services is domestic (the country has 1.2 billion people), foreigners are also playing a part: India has increasingly become a destination for visitors from developed countries seeking savings on treatments.

According to a 2007 Medical Tourism Magazine report, 150,000 Western medical tourists come every year, drawn by medical care of comparable quality but at much lower costs. For instance, in June, Bloomberg said a heart bypass surgery that cost $130,000 dollars in the United States would only run $10,000 in India. And on its website, KLM, the hospital that got the surgical robot, offers PET-CT scans for about $335. In the United States, these can cost up to 10 times that amount.

OEMS dig in
The high-speed growth of the Indian market is borne out by the financial reports from the big OEMs.
1(current)
2
3

U.S. politicians call for nationalization of healthcare system in response to pandemic

Amazon, Mayo and others forge alliance to fight COVID-19