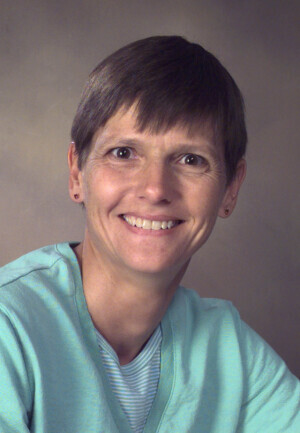 Anyone who has ever watched an intense tennis match likely noticed the players weren’t the only ones getting exercise. The people in the crowd, especially those in line with the net, get into the action too – their heads turning back and forth as if incredibly disappointed about something. But of course, they’re taking in information and going through physical motions to do so. Now, if someone were to study how the crowd watched a match and processed what they were watching and then was able to develop ways to make it easier and more effective, in essence, they’d be carrying out research similar to what The Society for Imaging Informatics in Medicine’s current chair, Elizabeth Krupinski, does – minus the crowd and the tennis.

Krupinski is an experimental psychologist, meaning she studies how clinicians, such as radiologists, pathologists, ophthalmologists or other professionals dealing with a medical image, look at and interpret the information in order to render a diagnostic decision. Only a small number of professionals carry out this research, yet the need for it is growing at an astounding rate. Krupinski recently talked to DOTmed News about her field and the latest news from SIIM.

DMBN: So can you tell us a little about your background and more about what an experimental psychologist does?

Krupinski: I’ve been in radiology research since 1987. That was at a time when radiology was just beginning the transition from film to digital. That transition has had some interesting impact on clinical decision making and my background as an experimental psychologist has helped me to identify some of those effects.

Studying an image is all about visual perception and cognition and when you think about changes between film and digital, all of that comes into play — once you take an image from a piece of film and put it on a computer monitor, it’s totally different. The information is displayed in a different way and that creates a different environment in a sense, or a different set of information for the clinician to render a decision on. So my studies started out investigating how radiologists in particular made that transition from film to digital. Were they able to maintain diagnostic accuracy? Were problems arising?

DMBN: What kind of problems were appearing?

Krupinski: One of the problems I saw was that they were having trouble navigating around the images when they were looking at them in digital environs. It’s not the same as having a bunch of films sitting in front of you where all you need to do is look at them and then press a switch with your foot to get to the next ones. A new way of navigating had to be learned. Moving the mouse around, reading menus and so on — there’s just a lot more information to contend with. So, that’s how I became involved in imaging informatics and SIIM, since that’s what the society is all about. In this context, it looks at imaging all the way from the acquisition and distribution of images to the management, storage, retrieval, image processing and analysis.
1(current)
2
3

Will pregnant patients administer their own ultrasound exams in the future?

Scanning on wheels — the benefits of mobile imaging

The latest PET and SPECT technology

U.S. hospitals racking up $17 billion deficit from lack of investments in community health