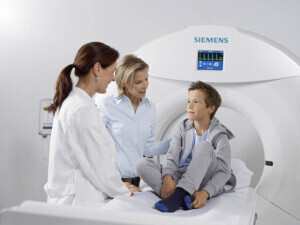 A computed tomography scan at Wake Radiology, a practice with offices throughout the so-called research triangle region of North Carolina, might only take a few minutes, but it leaves a permanent record in a fast-growing database.

“About two years ago, we started keeping track of every single, individual scan dose,” says Dr. Thomas Presson, a radiologist with the practice.

The database allows radiologists to identify inconsistencies or significant variations in dose across all of the practice’s CT scanners. If a dose for a certain type of scan on a specific CT is found to be creeping up over time, it indicates an employee should say something during the equipment maintenance process, not an alert on the system.

Today, Presson says patients are asking questions about radiation dose on a more frequent basis, both before and after their CT scans. “Sometimes, they’ve had three or four scans and they wonder if it impacts their risk for cancer,” he says.

Patient worries should come as no surprise. CT imaging has had some public relations troubles of late. Over the past few years, many patients have read about victims irradiated by wrongly programmed scanners at a Los Angeles hospital and the explosive growth of Americans’ exposure to medical radiation.

In fact, although CT imaging only accounts for between 11-13 percent of all radiologic exams, it’s likely responsible for nearly two-thirds of the public’s medical radiation exposure, according to studies published in the American Journal of Roentgenology. Some scientists even speculate that CT scans taken in 2007 alone will ends up producing tens of thousands of future cancers.

While those numbers are hotly disputed, and even the link between relatively low levels of medical radiation generated by CT imaging and cancer is not entirely explained, the public is understandably growing warier. No one wants to be exposed to a procedure that’s meant to find cancer while also contributing to the likelihood of being afflicted with the disease.

Manufacturers have made note of that uptick and are acting accordingly --- nearly every CT vendor now offers some type of dose reduction hardware or software. “It’s hard to overstate how important dose reduction is in terms of everything that manufacturers are doing now,” says Mark Silverman, CT marketing manager with Hitachi Medical Systems America Inc.
1(current)
2
3
4
5