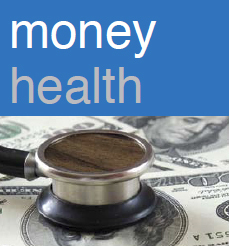 As one of the world’s deadliest killers, cancer remains the medical community’s arch enemy. While new guidelines and research continues to help doctors battle the disease, these tools also contribute to rising costs and further complicate reimbursement processes.

Today, more and more cancer therapy providers are looking to evidence-based practices to consider the therapy options that not only improve outcomes for individual patients but also reduce costs. Relying on evidence-based tools can offer guidance on the best and most cost-effective options available for patients and their physicians.

Cancer therapy drugs are a major source of reimbursement woes for providers. A 2010 national medical oncologist survey found that the rising costs of cancer treatments play a major role in influencing clinical decisions. A majority of the surveyed oncologists – 84 percent – said their clinical decisions are affected by the patients’ out-of-pocket costs and only 43 percent reported they always or often discuss costs with patients. Meanwhile, “Spending on cancer medications has risen 14 percent annually in recent years,” according to the study, “and can total tens of thousands of dollars per year for some patients.”

Cost aside, off-label drugs can make a huge difference in treatment for numerous patients and are found to be beneficial for some patients more than others. Eduardo Beruff, CEO of Philadelphia-based ITA Partners, an independent, critical illness risk management company that manages all aspects of cancer treatment, says off-label drugs are used in up to 75 percent of all cancer regimens. However, determining if the drug will be effective for a particular patient and then securing reimbursement for the medication are major concerns for physicians.

“That issue heretofore has been a very contentious one for payers and providers,” says Beruff. “As a result, providers have had to have a lot of people on staff who are available to answer questions from insurers, but really don’t understand cancer. It’s added a lot of manual labor to the process of getting paid.”

Certain cancer therapies can also cause major delays in reimbursement because payers have to evaluate if the drug is appropriate for the patient, but oftentimes they don’t have the full clinical picture.

“Physicians have to make an initial outlay for a high-cost drug that may be questioned by the insurer down the road,” says Beruff. “Right now, insurers don’t have the entire information about a treatment regimen before a treatment begins, and so this causes delays for providers. It also causes delays and a lot of anxiety for patients, who are in great need of starting cancer therapy right away but cannot until the provider is assured that they won’t lose money because the payer won’t reimburse.”
1(current)
2