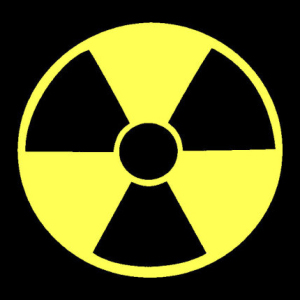 Medical isotopes could
be the new
wave of cancer
therapy.
Advancements in isotope-driven cancer therapy made leaps and bounds this week, with Pacific Northwest National Lab's making certain medical isotopes affordable and readily available to researchers.

Although breaking down the isotope actinium-227 to get the alpha particles radium-223 and thorium-227 has been done before, the U.S. Department of Energy's researchers are making it more affordable. Radium-223 and thorium-227 emit alpha radiation, and this high energy can destroy cancerous cells without causing a lot of damage to healthy tissue, the researchers said.

"There is superior potential for those two isotopes to be used for the treatment of cancer," said Robert Atcher, chair of SNM's domestic isotope availability task force.

Development of radium-223 and thorium-227 is in full swing at both PNNL and the Oak Ridge National Laboratory, both DOE laboratories.

Breaking down actinium-227 into the potential cancer-treating medical isotopes isn't a terribly hard process and takes just several days. The obstacle that researchers face is the short supply of the parent isotope, actinium-227, which is a natural decay product of uranium-235.

"Very little of it exists," said Darrell Fisher, a PNNL senior scientist who works in the isotope development program. "In the long run, the idea is to make more actinium-227."

"The making of actinium isn't unique," Fisher told DOTmed News. "But no one is really focused on doing that. The main reason is that they haven't recognized for, many, many years, the value of radium-223 or thorium-227. This is just kind of coming along now, as more and more people recognize, 'Hey, these are good alpha sources for cancer treatment, and they're available now.'"

"These isotopes are constantly generated whenever you have an actinium-227 source," explained Fisher. "The tricky [part] in making these available is to be able to separate them purely from a large mix of other isotopes...Purifying just one of them, or two in this case, and making them available in high purity is quite a feat."

But researchers are confident that once the need for the medical isotopes increases - as clinical trials in the United States begin and continue overseas in Europe - they will be able to deliver.
1(current)
2
3