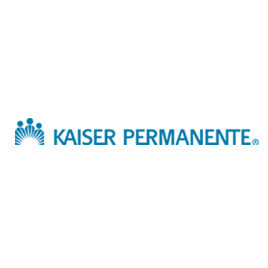 The members will
vote Sept. 15.
A drawn-out battle between two unions will come to a head Sept. 15, when nearly 44,000 Kaiser Permanente workers will vote on whether to remain with SEIU - United Healthcare Workers West or join the newly created National Union of Healthcare Workers.

A year and a half ago the national group SEIU took over the local chapter in a move called a trusteeship and ousted 80 elected officials. The trusteeship is presumed valid under federal law for 18 months, according to NUHW. But according to SEIU, these officials were removed for "misusing the union's dues." Additionally, a group of the former union leaders and top staff were found liable for $1.57 million by a federal jury in April, SEIU spokesman Steve Trossman told DOTmed News.

But now, workers will be able to choose who will represent them, and SEIU-UHW is confident that members will vote to stay with the union, which just recently renegotiated a contract that will issue raises and provide better health care benefits to its members.

"If [members] were to vote for NUHW, they would have to renegotiate that contract," said Trossman, which, given the current state of the economy, is "amazing."

SEIU has been in favor of an election for more than a month, but NUHW, which filed for the election, has been "ironically" putting it off, said Trossman.

Although the vote will be conducted via a mail-in ballot, SEIU anticipates a high level of participation.

"We expect way more [voters] than a typical political election," he said.

In January, more than 2,300 Kaiser employees joined NUHW, but missed out on a two percent pay raise issued to SEIU members, which they're now fighting to get, said Trossman.

But NUHW advocates that if it is elected as the union representative, its members will have more control over what goes on in the group because it will be able to elect its officials.

"We're voting NUHW to protect our raises and benefits, and get our union back under the control of the members," said Yolanda Chavez, of Kaiser Oakland, in prepared remarks. "We need a stronger voice at work and a union that will tell us what's really going on."