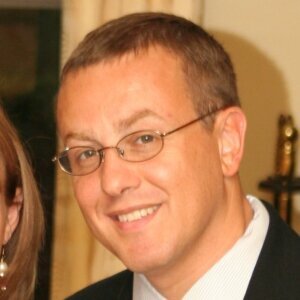 Newly DOTmed Certified John Gladstein, minority owner of Medical Device Depot Inc., knew he had to run his own business sooner or later.

Gladstein got his feet wet in the medtech business while still in college when he took a job at his stepfather's medical equipment distribution company. As his stepdad's only salesperson, Gladstein single-handedly upped company sales from $250,000 to $4.8 million in the 18 years he worked there. During that time, he also completed his MBA at the University of Maryland.

Finally, he decided it was time to turn his entrepreneurial itch into a reality. In January 2008, he started his own company, Medical Device Depot (MDD), in Ellicott City, Maryland. MDD sells new cardiopulmonary devices to physicians, hospitals, and government agencies--Gladstein buys the technology from manufacturers such as Welch Allyn, Midmark, and Nasiff Associates.

While most of MDD's customers buy new wares, Gladstein says he occasionally spots slightly used equipment that meets or exceeds OEM specs, and is able to offer clients excellent deals on these products.

As far as new equipment is concerned, he says he is able to slash overhead by letting OEMs make onsite calls to his customers, rather than hiring his own sales team. "We pass these savings on to our customers," Gladstein says.

While eliminating sales personnel, Gladstein says he refuses to skimp when it comes to offering his customers the tech support they need, either by telephone or via a service called LiveChat. He says he pays his technical support team "above-market prices" so that customers can speak with knowledgeable staff.

This strategy has worked: Medical Device Depot's sales grew to $3 million in its first year of operations. This year, Gladstein says he's on track to increase sales by 30 percent.

The cardiopulmonary market is in the midst of a technological transformation to PC-based products that will drive this extraordinary growth, he says. For instance, in 2009, for the first time, the majority of physicians (about 60 percent), are buying PC-based stress tests or EKGs, while 40 percent are still buying box-style equipment, Gladstein says.

He says that sales will continue to climb during the coming months and years, as more physicians switch to PC-based equipment. "We represent every OEM who sells these products, so we can pick the right solution for every one of our customers," Gladstein tells DOTmed.