Each year, between 36,000 to 324,000 patients in the United States experience extravasations of contrast media when undergoing an IV contrast-enhanced (CE) CT exam. Extravasations are defined as accidental extravascular injection of intravascular contrast media caused by dislodgement of the cannula, contrast leakage from the vessel puncture site, or rupture of the vessel wall, and can range from mild impacts requiring no specific intervention to severe impacts requiring a patient to have a surgical procedure to address the extravasation.

These statistics have led Radiology professionals to establish a set of best practices and standards to help address this mostly preventable patient safety risk during CT procedures. This article summarizes established best practices and also describes some techniques to minimize contrast extravasation.

Extravasation of iodinated contrast media can result in injury to surrounding tissues. One of the most feared complications is compartment syndrome, which can be a surgical emergency. Compartment syndrome is caused by increased intracompartmental pressure that compromises tissue perfusion and can cause nerve damage. Extravasations produce a number of challenges including patient complications, patient inconvenience, disruption of workflow, and cost implications related to medical and/or surgical intervention required in severe cases.

One important observation from the Einstein team was that patients rarely experienced an extravasation with their Cardiac CTA exams. This was interesting because these exams typically use higher flow rates and pressure settings compared to routine CE CT exams. Review of the protocols revealed a key difference with cardiac CE CTA exams compared to non-cardiac exams – cardiac CTA utilized power injection of the pre-injection saline test bolus, whereas all other CE CT studies used manual hand injection. One hypothesis was that utilizing a power injected saline bolus at the same flow rate as the diagnostic injection may better identify IV lines not viable for a contrast injection, compared to hand injection of saline to evaluate the IV.

Current literature demonstrates that Ultrasound-guided IVs have higher rates of extravasation than other peripheral IVs. This led to a recommendation of avoiding IVs that were placed using Ultrasound guidance for CT IV contrast administration whenever possible.

Radiologist and Technologist need to work together to continue to share information and best practices to address extravasation. The study at Einstein is evidence that the implementation of best practices can help to drive down overall rates. 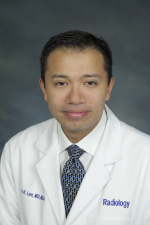 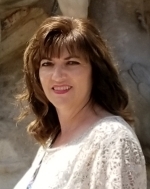