Is a CT tube crisis on the horizon?

by Philip F. Jacobus, CEO
30 years ago, I was selling used Delta 50 CAT scanners that took 45 minutes to scan a patient. We have come a long way since then.

The government made it attractive for private business people to invest in CT scanners, which at the time were a lot more expensive than they are today (when you factor inflation).

However, all that's changed now. CT is shifting back to hospitals, CT scanners have dropped in price (at least relatively speaking) and they are more abundantly available.

All the while we have seen an increase in utilization, where CT scanners are being relied on to perform a higher volume of exams. Even thought tubes are lasting longer, in some cases 24 months, the demand for CT tubes is increasing.

There is a lot of talk about independent players and in-house service people, but let's not forget about the manufacturers.

But how many companies manufacture CT scanner tubes? Of course all of the long established OEMs manufacture tubes. GE, Siemens, Philips and Canon do but when it comes to independent manufactures there are only a handful. Varex, the Dunlee brand of Philips, Chronos, and Richardson Electronics.

Will the manufacturers that support ISOs and in-house service teams continue to invest in manufacturing the latest and greatest replacement tubes or once again will the cost not seem justified?

I have to asked myself, will Philips continue to direct Dunlee to manufacture alternative tubes as it currently does? Philips says absolutely, in fact I was told that Philips is exploring the viability of new CT tubes.

Varex is also an option and I'm told they are investigating new replacement tubes.

in fairness, I think that everybody was holding their breath to see what happened with the FDA docket and report. I can't imagine that Dunlee or Varex wanted to invest in new replacement tubes without knowing the fate of ISOs and in house service teams.

Richardson Electronics, to their credit, plowed forward and is producing CT tubes for Toshiba/Canon scanners. Will they expand to other replacement tubes? I hope so because more competition in the market will keep prices in check.

Chronos, the firm that took over the old Dunlee facility outside of Chicago, has the ability to manufacture tubes but it will probably take Chronos three to four years to come up with any new tubes. They have the ability to produce tubes now, but I believe the demand for the tubes that Chronos is currently geared up to produce will diminish in the years to come.

All of this is made more complicated because the newer, more powerful CT tubes, have a lot more proprietary features which will make it harder to produce them. 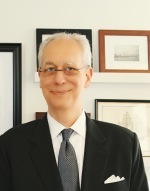 Philip F. Jacobus
So if I am right, in the future, there will be more CT scanners installed around the world and the demand for CT tubes will rise. I have to ask, will alternative sources of CT tubes be available in sufficient quantities?

No alternative tubes means less competition and higher prices and that would result in a CT tube crisis.

What will happen is anyone's guess, but I predict that the in-house service teams will scream the loudest if alternative tubes disappear.

This year at AAMI, I heard HTMs speak out in ways I have never heard them speak out before. It is almost like they are mad as hell and they aren't going to take it anymore.